Working with Addresses? Use the new Google Maps API!

Got a coding question?

Drop me a line on my contact form and let's chat!

Creating A Random String With PHP

Delete the First Character of a String with PHP

Directory Trees With PHP And jQuery

Would you like to travel to Paris? Maybe Singapore? How about Hawaii? Many people love to travel to discover new places, meet family, or just have a great time. In order to get from place to place, they often use maps. Indeed, maps are a vital part of traveling, providing directions to new, exciting locations.

With the new technology age, maps have moved from tangible paper to the virtual world, allowing anyone to access them with a simple visit to Google Maps. More importantly, with the new Google Maps API Version 3, it’s simple to integrate these maps into any website.

In the following article, I’ll be explaining how to get started with the new API and embrace the technology from the folks at Google.

We’re going to focus on creating a static map, which is just an image of a location. This is in contrast to a dynamic map, which enables the user to move and zoom. In a follow-up article, which will be posted later this week, we’ll tackle a dynamic map using JavaScript.

The static map only requires an image tag and a few configuration options:

It looks a bit daunting at first, but, when broken down, it’s much easier to understand. Note that all the magic happens in the src attribute:

When creating maps, it’s also necessary to mark important locations, whether they be destinations or areas to avoid. To do so, we can use the markers parameter.

As you can see, we’ve created multiple static maps all through the new Google Maps API. With no needed API key (which was previously required) and some simple URL manipulation, Google makes it near effortless to integrate a map into any website.

Are you interested in the Google Maps API? Do you have any questions or comments? Did you stumble upon more useful features for static maps? Leave a comment below and a share your thoughts!

Don’t forget that we’ll be creating dynamic maps with the JavaScript API later this week! 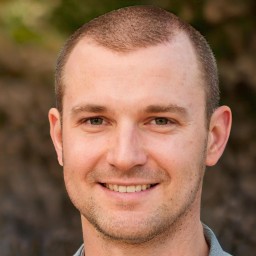 Hey - I'm Jack. I've been goofing around with code since 2002, and I've come a long way from my first Geocities site. I started Lateral Code 12 years ago and have been blogging ever since.